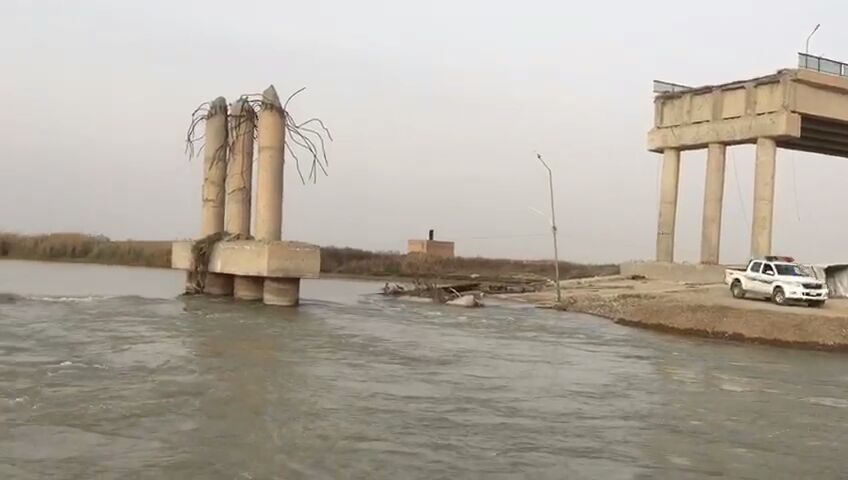 Project description (Progress) : The Sharqat Bridge was exposed to destruction by the terrorist operations by blowing up a number of its spaces and columns by ISIS, a vital bridge linking the two sides of the town, as well as linking the provinces of Kirkuk and Arbil in Nineveh and Salaheddin provinces. Since the liberation of the left coast in 20/11/ 2017, residents suffered from difficulty in moving between the two coasts of the town. In response to the appeal of the people of the left coast of Sharqat town, His Excellency the President of the Fund, Dr. Mustafa Al - Hiti, includes the project on the investment plan of the Fund for the year 2018, after the project was included in the German emergency loan / Phase II, the project will take a long time within the loan which its initial cost will be 6,500, 000,000 Billion dinars. His Excellency also directed to take off the suffering of the people during the transit through the establishment of a water crossing of good specifications dimensions (9 * 16) meters until the completion of the bridge 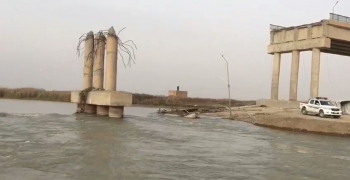 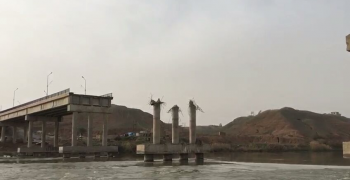